Hay Fever in Adults: What Causes it to Change?

With spring finally here, it’s starting to move into hay fever season. For those who have to endure this every year it’s a dreaded ailment, but their experience gives them opportunity to prepare. However, for many adults the symptoms of the allergy may spring upon them despite going their entire lives prior without them. But what causes this change?

A Mixed Bag of Theories about Adult Hay Fever

The exact reason for this late-onset hay fever is hard to pin down but there are a few different theories as to why it happens. 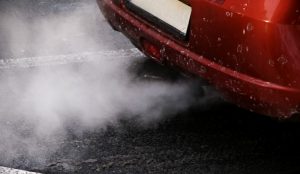 Pollen has a tendency to stick to particulates of pollution. As pollution is much denser and heavier this causes the attached pollen to linger around longer than it otherwise would. Therefore, areas of higher pollution – like cities – can cause the pollen count to go up and up. At a certain point even those with a higher tolerance cannot withstand the levels and hay fever symptoms occur. Additionally, pollution can compromise the immune system, worsening symptoms.

Another theory is that climate change can have an effect, which itself is influenced by the impact of pollution. As the earth’s climate is influenced by this manmade impact the seasons can be altered from their traditional behaviours. Specifically, different plants can have pollen spikes at unusual times extending the overall hay fever season and putting the immune system on the back foot. This can result in symptoms for people who would normally go without. 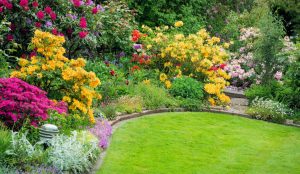 For keen gardeners introducing foreign plants can add and edge to a garden and make it stand out. A side effect of this, however, may be a change in hay fever tolerance due to the new types of pollen. One particular plant that has been linked to more hay fever cases is Ragweed. This is because they have a very high density of pollen seeds causing problems for even the most resilient of immune systems during the spring season.

It’s also thought that lifestyle changes can cause hayfever to originate later in life. Elements such as diet and stress can weaken the immune system. Additionally, in the case of foods like meat, sugar, caffeine, dairy and alcohol they can cause a histamine release when eaten in high quantities – the same chemical released in an allergic reaction.

However perhaps a more significant lifestyle influence is a change in environment. Moving to a new location – perhaps away from home – can subject your body to a higher pollen count, triggering hay fever in new people. This is likely to connected to why so many experience hay fever for the first time in their twenties and thirties when they fly the nest.

Interestingly, each of these changes are predominantly influenced by modern living. This is reflected in the fact that more people are developing late-onset hay fever each year, even well into middle-age and beyond.

If you yourself find that you’re getting more noticeable symptoms then it could well be one of these factors. Of course, some are beyond your control but small tweaks to diet, your garden and even just finding ways to relax could help. Otherwise, pick up some over the counter hay fever medicine or visit your doctor to treat more severe symptoms.