In a bold move earlier this month, the supermarket chain Iceland announced they would be banning the use of palm oil in own-label products. Conservationists applauded them immediately and began pushing for others to do the same, including and especially some of our favourite big brands. 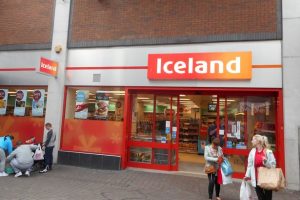 What is Palm Oil?

It is a commonly-used vegetable oil derived from a type of palm tree called the oil palm. It is native to West Africa but grown commercially in Southeast Asia since the 19th century. Botanists discovered its yield could increase when grown in the more humid tropical areas around 10 degrees north and south of the equator. It’s cheap, high-yield and tasteless which makes it a great everyday vegetable oil.

The tree produces a fruit from which we derive the two different types of the oil. the oil comes from the fruit’s flesh whereas palm kernel oil comes from the seed or kernel. This oil is high in saturated fat and low in trans fats and used in a variety of everyday products, mostly in our food, but also in cosmetics and personal grooming (shower gels and shampoos), household cleaners, and even some biofuels. It’s been an economic boon for developing economies, especially Indonesia whose economy is practically built on oil production. Unfortunately, it’s one of the least environmentally-friendly products presently on the market.

Why is its Use a Problem?

For decades it’s been managed comfortably but since the 1960s, organisations and farmers in Indonesia have been flouting the strict laws on oil growth. It could be produced sustainably – it simply isn’t. More and more land is being cleared for oil palm agriculture which is:

Some of this oil is used in biofuel but many are uncomfortable with its use here. Some (including Oxfam) have pointed out that it’s one of the least effective 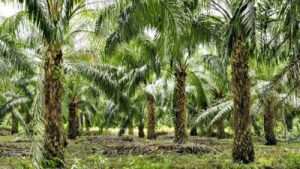 biofuel sources at present due to its requirement to clear peat from land. Environmentalists, while acknowledging the need for biofuels and other renewables, feel other alternatives are better. Until such time that this type of oil is proven sustainable and better for the environment than it presently is, Iceland will use alternative oil sources – and they say they already have a viable recipe.

How You Can Help the Move Away from Palm Oil

Unfettered production is ecologically damaging and has been implicated in the ongoing threat to the survival of a number of species including the rhinoceros, Indonesian elephants, orangutans, and tigers who have all made their home in the great oil palm forests. Evidence suggests orangutans are being hunted and killed and that elephants are being poisoned. Therefore, Iceland’s move is so important – to reduce our reliance on palm oil produced in this way.

But the revolution to reduce palm oil use or to force producers into more sustainable practices will likely be the result of consumer awareness.

• Check your regular products for palm oil listed in the ingredients. Anything with “palm” in the name uses the oil. If it doesn’t say it is sustainable, then it likely isn’t. You could seek an alternative that either doesn’t use the oil or sources sustainably
• You could sponsor an orangutan or donate to one of many environmental charities working to end unsustainable practices in oil production
• Change your cooking oil from “vegetable oil” (because that will contain palm oil and a lot of it) to a 100% oil from other means such as sunflower is a great first step.